Barry Germansky: “And this [Ron and Rand Paul’s alleged views that every societal sector has an inseparable economic aspect] is dangerous because its gonna add up to a huge disconnect between abstract wealth and tangible wealth. And it will all thanks to libertarians like the Pauls who are radical in their economics thinking. Now lets look at their first claim, which in my opinion is a complete myth. They claim that the Federal Government shouldn’t have programs or services or regulatory bodies like for example the FDA or the Department of Education because its unconstitutional. The problem with this claim is that the Constitution never specifies whether or not we should have such programs, but rather it should be up to the people to decide what they want and the government has the right to take tax from the people and then appropriate the funds as it sees fit for the betterment of the people.”

Henry Moore: Your distinction between “abstract” wealth and “tangible” wealth applies only to your statist ideology of planned economies and social “rights”. It has no place within the Austrian Theory of Economics, apart from the usefulness of such terms when deriding those who arbitrarily separate the two to further their authoritarian ends. It is in a centralized government’s best interest for people to accept that there is a fundamental disparity between the two. For the Austrian School adherents, though not exclusively them among Free Market thinkers, there is only the tangible wealth, the value of which is subjective. Any objectivity injected into theories of wealth in economics serves no purpose but to help the objectives of statists and corporatists (statists, mercantilists, and monopolists masquerading as capitalists, which they are able to do with the aid of their lobbying efforts upon corrupt sectors of the government, the ignorance of the average person, and through the use of simple semantics) and to hinder those of their perceived competition for certain markets, as well as the consumers in those markets.

The value of any good or service is subjective on both the part of the producer and the consumer. If it is hard for you to see this, I would chalk it up to both the size and scope of certain markets, and also to those instances where heavily regulated markets are mistakenly or dishonestly relabeled as “free”. Value is in the eyes of the beholder, whether it is appraised by an individual or an essentially irrational consensus by a collective unit (i.e., a market of any size), mass psychology the-emperor-has-no-clothes style. It is a typical approach of neophytes (or fools, or Canadians, albeit sincere) and malignants to try and separate the real from the nominal. It begins with the semantics, as mentioned before, and continues until it is accepted by a society (brainwashed by wealth-envy lobbies such as private and public unions, think tanks, and corporations, and their agents, bureaucracies and the media), and then is permanently implemented by pure fiat. Examples of these foolish objectivities in practice include inflationary spending, wage and price controls, stimulus, wars of convenience, anti-inflationary accounting tricks, nationalization or municipalization of resources, tax raises that don’t actually raise revenue, and artificially  low (or high) interest rates. These things are not resultant from voluntary, unregulated, incentivized market mechanisms.

Blaming ‘libertarians’ for your perceived conclusions to the logical end of their ‘radical’ economics thinking serves no purpose. I will admit: This is the first statement you have made that was completely devoid of SUBSTANCE.

You speak of “myths”. Well, the term applies to what you describe as “your opinion”, although I applaud you for adding that bit.

You set up the Pauls’ claim, and then attempt to knock it down. It is true that they have claimed that the FDA and Department of Education are unconstitutional, possibly even in as many words. There is not a single hitch in your statement. But you do fail to knock it down in what you said that follows. You step right into it in your attempt to discredit the Pauls’ interpretation of the Constitution. You must be one of those people that you say the Pauls’ are happy about not having read the Constitution. Because you do it gross injustice in what you claim it says and does not say. Shall we quote chapter and verse? 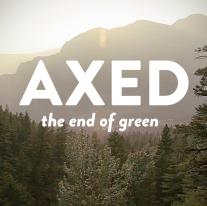